Fair and Festival of Gujarat


Gujarat is one of the diverse and most beautiful state in India. Thousand of small and big fairs and festivals are celebrated in different parts of Gujarat every year. The festivals are based on the lunar or solar calendar. These festivals are observed with great enthusiasm and fun in which the people of all caste and religion participate. Today, these festivals are perhaps the only occasion that represents the true tradition and culture of Gujarat. Some of the fairs and festivals which are celebrated in Gujarat useally every years organized by govt. and local  are International Kite Festival, Kutch Mahotsava , Modhera Dance Festival,   Religiously traditionally communal fair and festival like  Diwali, Holi, Janmashtami, Navratri, Shamlaji Fair, Bhadra Purnima,  Vautha Fair and  most interesting tribal fair and festival of Gujarat are Tarnetar Fair, Kavant fair, Chitravichitra fair etc are most colorful .

Location of the Fair: -It is organised in Tarnetar village some 39 kilometres from Chotila in Surendranagar District in Gujarat.
Summery of the Fair:- The Tarnetar Fair, also known as the Trinetreshwar Mahadev Fair is held at Tarnetar, near Thangadh, Saurashtra. This fair is one of the most important fair of Gujarat. The local as well as the tribal people gather from all over Gujarat to participate in the various activities that 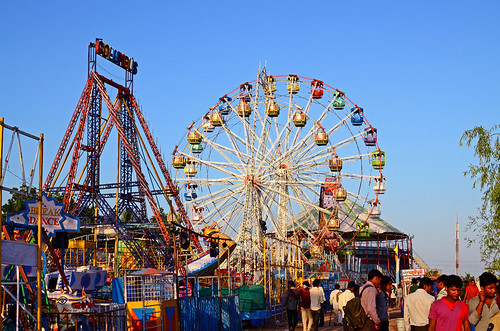 take place at the fair. It is believed that the fair is held on this ancient site since antiquity. The fair is also one of the most important matchmaking melas (fair) as the tribal youths visit Tarnetar to find a suitable match. Its association with the Mahabharat is underlined by the fact that the area was known as Panchal Pradesh, the land to which Draupadi belonged. The fair is linked with the story of Draupadi’s Swayamvar and it is said that it was at this place that the great archer Arjuna performed the difficult task that won him his bride. Over 300 stalls are set up in the fair that sell numerous objects and offer various types of food and refreshments. There are exhibitions of embroidery, a cattle show, competitive sports, family planning stall, merry-go-rounds and photographer’s stall. The folk music and dances like the Garba ras and hodo are the main features of the fair.
Highlight of Fair:  It is popularly known as the Trinetreshwar Mahadev Mela and revolves around the sacred temple of Trinetreshwar. Even now, the tradition of swayamvar has survived and unmarried men and women from the Bharwad and other tribal community visit the fair in search of a match, attired in their traditional clothes. Men stand under exquisitely embroidered umbrellas signifying their marital status while women go around the umbrella hunting for their grooms.

Activities at the Fair: Cattle exhibition is an attraction for the tourists with other programmes like ‘Rural Olympics’, bullock cart race and horse race is held at Tarnetar. Local arts and crafts display is an added trade attraction. The tourists have an opportunity to learn the folk dances like the Hudo and Raas dance of the Maladhari community. Heritage monuments are a sightseeing attraction at the venue place. Tarnetar Fair venue provides accommodation in tents and kuba houses for the tourists.
A mix blend of culture, tradition and social extravaganza, the Tarnetar Fair has gained popularity with more foreign tourists visiting the place.

Location of the Fair: it is celebrate near Chhottaudeypur , Eastern part of Gujarat

Summery of the Fair:- It is celebrated by Rathwa tribal community , and it is not only the Fair of Marriage negotiation  of these tribe. but also trade and barter their product with full of joy.

Every spring in Gunbhakari, at the confluence of three rivers in North Gujarat, Garasia, Gamar, Khair and Pargi tribals get together for Chitra Vichitra Mela, the biggest tribal mela (Fair) near the village of Poshina in the StateIt is one of the largest tribal fair in india, thousands of

tribes gathering in the confluence point to three river Sabarmati, Akul and Vyakul to offering their ancestor.

Highlight of the Fair: The fair attracts large numbers of Bhils ( tribals). The costume of the men generally consists of a blue shirt, dhoti and a red or Saffron turban. Women use ghaghras , which have a circumference of as much as 20 yards (18 mts), and are covered from head to foot With ornate and heavy silver jewellery. They use liquid Vermilion to color their cheeks and lips a nice red color, while their eyes are Outlined with Kajal. Every group that comes ot the fair carries with the different musical instrument and the atmosphere come alive with the Incessant beat of numerous drums. The women sing folk songs and folk dances are performed.
During the fair, the tribals have a much civilized way of choosing a life partner and the State sponsor’s family planning to various 37 tribal communities as family planning appears rather than aberration among the tribal

4-Navratri : Date of celebration: (6th Oct.- 14th Oct. 2021)
Navratri, that means ‘nine nights’ is an ancient, colourful and religious festival of Gujarat. This festival is celebrated to honour the one Divine Shakti or Force which supports the entire universe and is personified as the Mother Goddess. The Mother Goddess protects her worshippers, destroys evil and grants boons to her children.
Navratri is celebrated with joy and enthusiasm throughout the Gujarat, but in Ahmedabad and Baroda, Garba and Dandia dances are performed. This festival is celebrated with true devotion in the various temples which are dedicated to the Mother Goddess. In this festival, the women perform the Garba dance or the circular dance around an earthenware pot called a garbo which is filled with water. A betel nut and a silver coin are placed within the pot, on the top of which a coconut is placed. As the dancers whirl around the pot, a singer and a drummer also accompanies them. The participants clap in a steady rhythm. The dance usually starts slowly and gets fast with the music. In large public areas, group of musicians sing the traditional garba songs. The Dandia ras or ‘stick’ dance is also performed during Navratri. Both the men and women perform the dance in circle, holding small polished sticks or dandies. As per the rhythm of the dance, men and women strike the dandies together, adding to the joyous atmosphere. These dances are so popular that sometimes competitions are held and prizes are given to the best dancer. The dancers worn the traditional costumes, alive with colour. The dances usually commence late in the night and continue until early morning. A Bhavai dance is also performed in the Ambaji temple at Baroda, during Navratri.

Location of the Fair : This fair is held every year at Vautha, where two rivers , the sabarmati and the Vatrak meet

Summery: , vautha fair site is also known as Saptasangam as it is at the confluence of seven rivers. Legends says the elder son of shiva and parvati- Kartik, visited the site. So this fair is dedicated to Kartikeya and is held during Kartika Purnima, the full moon night of Kartik ( Oct- Nov) . the most important shiva temple here is the Siddhanath .

Highlight of the Fair: The most significant about this fair is that it is the only major animal trading fair in Gujarat ad is on par with the famous camel fair at Pushkar, Rajasthan. Howerver the only animals traded here are donkeys. About 4,000 donkeys are brought every year for sale, usually by vanjara traders. Donkeys are painted in different colors and decorated and this is a major highlight of the fair.
Vautha Mela attracts more than 500,000 people.the pilgrims who visit Vautha during the fair are from several communities farmers, people belonging to several castes.

6-Diwali : Date of celebration: (4th to 6th  Nov. 2021)
Summery: Diwali, the festival of lights is a four-day festival celebrated in the month of Asvina, which marks the end of the harvesting season. The first day of the festival starts with the Lakshmi Puja. The second day is considered as the day of casting off evils. The third day is the main Diwali day. On this day every home is illuminated with earthen lamps and the courtyards are decorated with Rangoli designs. The fourth 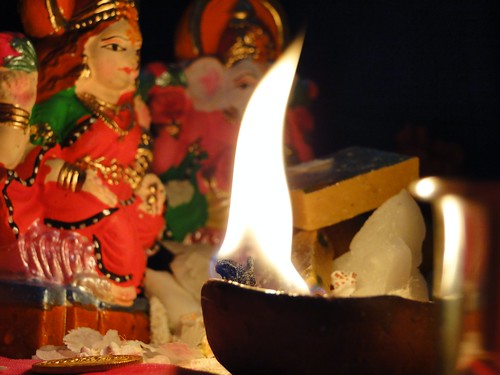 and the last day is the New year day for the Gujarati’s when people visit temples in colorful costumes and greet each other. The day following the new year day is called the Bhai bij day when brothers are invited by their sisters to partake of sweets with them. The full moon day of the Kartika month, with its preceding eleventh (ekadashi) day is called the Dev-Diwali. On these days the marriage of the Tulsi plant with the Shaligram, symbolising Lord Vishnu, is celebrated in every Hindu home in Gujarat. It also marks the end of the fast, observed for the four months of rainy season, during which Hindus, mostly ladies, miss a meal on every Ekadashi day.

7- Madhavrai Fair
Madhavrai Fair at Madhavpur near Porbandar is held to celebrate the marriage of Lord Krishna and Rukmini, on the 9th day of the bright half of the month of Chaitra (March/April).

8- Urs
The Urs at Shah Alam Roza in Ahmedabad and at Miran Datar in the Mehsana district are most important fairs for Muslims.

The people eat the special food on this day in the open field or in the park or in the garden of one’s home. This festival marks the movement of the sun into 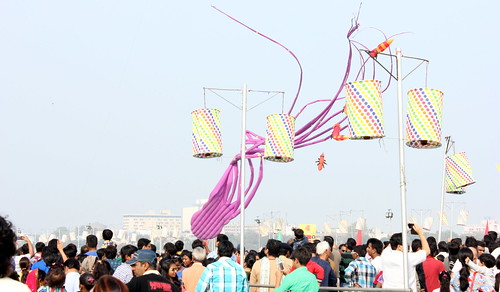 the northern hemisphere. The gods who are believed to have gone in a long sleep for six long months awake and the portals of heaven are thrown open. The visitors visit the temples and alms are distributed freely.

Highlight of Festival: The kite flying starts at dawn and continues without a pause throughout the day. Friends, neighbors and total strangers battle one another for supremacy and cries of triumph fill the air when they cut each other kites. The thread which is used to fly the kites are specially prepared by experts before the final day. Special mixtures of glue and ground glass cover the thread which is dried and then rolled onto reels known as firkees. In the night, various illuminated box kites, known as tukkals, fly in the sky. Today, the International Kite Festival is famous all over the world. This festival enables the people of Ahmedabad to see the unusual kites brought by the visitors, some of which are truly works of art. 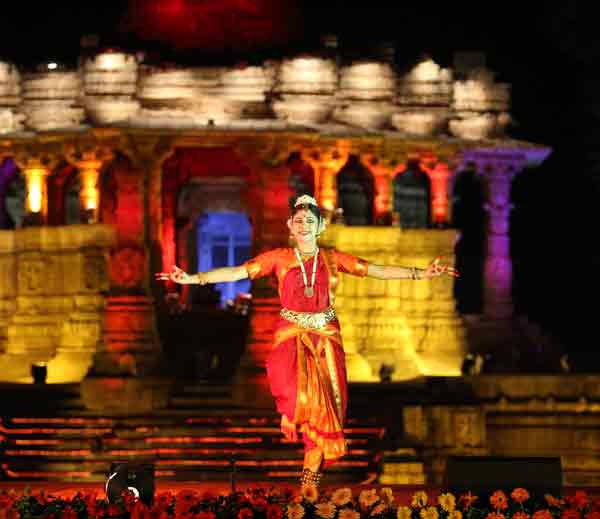 a strong resemblance to that of the Jain temples at Mount Abu. The decision to celebrate the annual festival of Indian classical dances was taken by the Department of Culture, Gujarat, and the West Zone Cultural Centre at the Sun Temple. The idea was to present classical dances in an atmosphere similar to that in which thes Uttarayan.

To based given festival date we can prepare instant itinerary for you , please add just arrival and departure date rest you leave on us.