Gujarat Tribal Tours is prosperous with 26 different tribal community and out of that here we present some of the very colorful tribal community like Rathwa, Des Rabari Of eastern Gujarat to , Garasia, Bhil tribe of Northern Gujarat, Siddi tribal community (mostly African origin) at Western part of Gujarat, Rabari , Vand, and overall the most colorful Fakirani Jat tribes in Great Rann of Kutch. 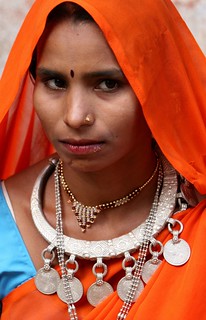 Photo Credit: retlaw snellac
The name of the tribe has been derived from the term “rathbistar” which means the forest and hilly areas. Thus the people who are the inhabitants of the rathbistar are called Rathwas. They are also known as Rathawa Koli. They recall their migration from the adjoining state of Madhya Pradesh. They are mainly distributed in the Chhota Udaipur, Jabugam and Nasvadi talukas of Vadodara district and also in Halol, Kalol and Baria talukas of Panchmahal district.