In this very special interest tour we offer you the most cultural part of chhattisgarh such :Champaner, Rajim, Raipur, Bharamdeo, Bilaspur, Malhar, Pali, the sakti pitha- Ratanpur( one out of 52), Tala etc. including rich Tribal culture of Bastar Region.

We offer you the best tribal culture of Chhattisgarh including – Dandami Maria, Muria, Raj Maria , Baiga, Ramnami , Batra, Dhuruva etc each of the tribal culture is different from other During isolated tribal villages tour you most feel the different India and explore the wonderful Tribal heritage of Bastar region and the real ancient history & culture of Chhattisgarh escorted with our experts and local support and priority to Responsible Tourism. 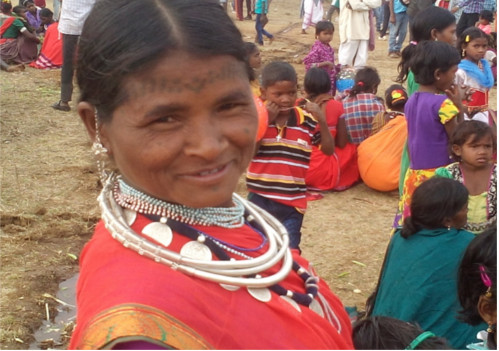 Baiga Tribes of Chhattisgarh at the weekly market

Upon arrival Raipur airport/ railway station meet our representative and transfer to hotel then drive towards Champaner, visit the nice temple at champaner- the birth place of saint Mahaprabhu Vallabhacharya, the founder of Vallaba sect). return back to hotel and relax. 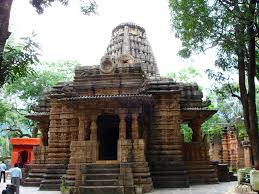 prosperity, popularly known as the Khajuraho of Chhatishgarh). afternoon visit the famous temple and then excursion the cherki Mahal , mandua mahal also. Check in the nice resort at there.

Early departure for Bilashpur( the second largest city of chhatishgarh), check in the hotel and then visit the Pali shiva temple ( made by Banna dynasty king- Vikramaditya on 870 BC, and 11th c AD king Jajawalydeo repaired to it., His name carved on the temple. Near the temple has great pond and the entrance of the temple has nine corner. Then visit Malhar , the ancient town of Chhattisgarh. 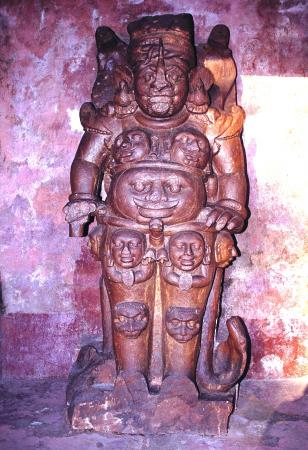 Visit there the famous Pataleswar temple ( the sanctum is below the ground floor(lord of the netherworld). Then visit one of the famous Sakti pitha of the state- Ratanpur( goddess sati’s shoulder drop at there). Return back to Bilaspur , relax at the hotel.

Meet the Ramnami Tribes at their isolated village near Sourinarayan. Full day excursion and explore their lifestyle .

Morning departure for Barnawapara Wildlife sanctuary entourte visit the major attraction of three ruin temple ( Deorani, Jethani and Jagmohan temple) but still active by the local due to its mysterious shiva statue – Rudrashiva (it is made of a number of animal and human put together brilliantly in a collage) of Tala.
Check in the nice resort in side of the sanctuary. Enjoy the dinner near campfire.

Early standup for open jeep safari and meet the wild leopard and bear ( chances of sighting 90% on nature) . lunch at the resort. Afternoon again jeep safari in the sanctuary. Overnight stay in that nice resort.

pm- visit the Pre- historic rock selter and rock art at Gotitola and Udkuda area/ in the deep forest.

Then drive towards to Kanker, check in a nice heritage palace, enjoy the royal food the royal dinning hall with nice hospitality. ( by the present royal family).- it is optional / or depend upon your package cost 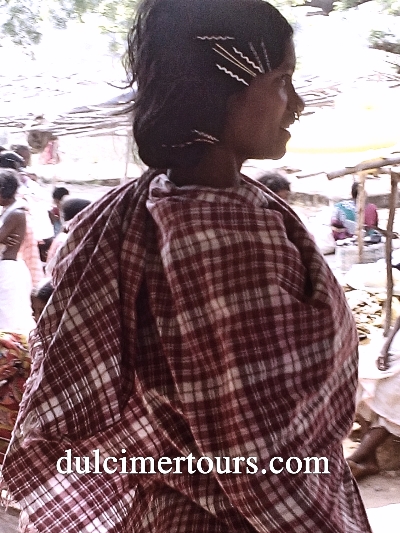 Morning meet the most colorful Dandami Maria Tribe at their village, enjoy their Bison Horn Dance in their centre of village ambiance. (optional / subject to available the drum men)  If you interest enjoy the traditional lunch (cooked) at the tribal village (arranged by our driver and guide) – optional

pm- visit the most colorful Maria Weekly market at Tokapal

Morning after camp breakfast drive towards Raipur, enroute visit the Rajim Group of ancient temples if time permit visit the “ Kankali” temple at Raipur and relax at Budha talab. Overnight at Raipur.

Departure to Airport / Railway station for your onward journey.

Sirpur is a small village located on the right bank of Mahanadi 83 km to the north-east if Raipur. The Chinese travelller Hiuen Tsang visited Sirpur in 635 AD. Sirpur has archaeological remains associated with Shaiva, Vaishnava, Buddist and Jain Faiths. Excavations at Sirpur have yielded extensive ruins of ancient structures scattered over a vast area. Among the numerious temples and Buddhsit monasteries ( Viharas), the most natable are the Lakshman temple(7th c AD), Gandheswar temple , Anandaprabhu Kutir Vihar and Swastika Vihara and Surang Tila.Every year the chhattishgarh tourism board has been organizing the sirpur dance and Music festival at here.

Known as one of the famous temple towns of Chhattishgarh state (30 km from Raipur). Bhand Deul temple which is dedicated to the Jain sect is the prime attraction of Arang.
The appealing traits of Bhand Deul temple in Arang involve outstanding sculptures of Jain tirthankars made up of black stone. Apart from the idols, the entire structure of the temple speaks of sophisticated grandeur of its makers. This shrine is believed to be one of those rare places where all the 24 thirthankars of Jainism can be found engraved in one single stone. Another unique toursm attraction of Arang lies in the Sahaiva temple of Bhag Deul built in the Khajuraho style.

Champaran, formerly known as Champajhar ( 60 km from Raipur). The village is identified with Champaranya and therefore has religious significance as the birthplace of the Saint Mahapradbhu Vallabhacharya, the reformer and founder of the Vallabh sect. also known as Pushtimarg. A temple has been constructed in his honour. Near this is a temple of Champakeshwara Mahadeva.

Bhoramdeo temple is a very old hindu temple dedicated to Lord Shiva and is located at a distance of 18km from Kawardha town. The Bhoramdeo temple is carved on the rocky stones in the Nagara style. This temple was built in the period of 7th to 11th c AD. The shivalinga in the temple is beautifully carved and the artistic appeal beckons the visitors. The Bhoramdeo temple has a resemblance with the sun temple of Konark and The Khajuraho temple, and that is why it is also called the Kajuraho of Chhattisgarh. The ‘ Madwa Mahal” near the Bhoramdeo temple is another beautiful historic monument, worth seeing . just one km away from Bhoramdeo.
Other attractions include visiting nearby native village of Baiga tribe, and enjoy their dance in their village ambiance.

Ratnapur (25km north of Bilaspur) is a sacred palace mainly due to Mahamaya Devi temple . this is one of the three Shaktipeeth of Chhattishgarh. It is believed that shoulder of Sati fell at Ratanpur and the area became a shaktipeeth. Ratnadev-1 constructed Mahamaya temple in around 1050 AD. The temple has deal idol of Mahalakshmi and Mahasaraswati in garbhagriha. The idol-duo is unique. A small idol of Mahakali is installed at the back of the temple completing the sacred trio of goddesses. The temple has been a place of tantric practices from ancient time. Rise of the temple has been decorated with symbol of human skull.

Mainpat, (178km from Raigarh) popularly known as shimla of Surguja. Mainpat is the only hilly retreat in Chhattishgarh. Abounding in waterfalls, streams, dense sal forests, medicinal plants and a variety of fauna.After Chinese annexation in 1959 when the Dalai Lama and his followers moved to India, a large population of migrant Tibetans settled here. The Buddhist temple in Mainpat, (the 3rd monastery – Nyingma, which is now the biggest of them) the only one of its kind is one of the area’s major tourist.

(50km from Bilaspur), it is believed that Pali was the worship place of Raja Vikramaditya of Banna Dynasty. There is an ancient Shiv Temple, which is situated at the side of large pond. This temple is faced towards east and its entrance is octagonal. Plinth of this temple is upon five platforms. The architecture of the sculptures carved on this temple is very much similar to the Jain Mandirs of Abu hills and temples of Sohagpur. And it is also very similar to the world famous temple of Khajuraho. Vikramaditya also known as “ Jayameyu”, who was the son of Mahamandaleswar Malldeo, built it nearly in 870 BC. In 11th and 12th century the king Jajwalyadeo repaired it. His name has been carved on the temple.

(85km from Raipur; 30km from Bilaspur), the major attractions at Tala are the ruins fo the three temples- the Deorani, Jethani and Jagmohan temples. The entire three temples are dedicated to Lord Shiva.
A unique sculpture was unearthed from around Deorani temple which resemble to the Rudra and the Aghora forms of Shiva called as Rudrashiva. This is a bulky statue which measure 2.54mt in height and is 1m wide. It is made up of number of human and animal figures put together brilliantly in a collage.

Note: we can well organize the seating and refreshment program with the help of local during different festival time.